Showing posts from February, 2021
Show all

- February 04, 2021
Ya know what I miss? Bitches I miss role playing. I don't mean DnD... never had friends that got into that. Although I had friends online that would RP with me. We would fucking wip up characters and worlds and stories and plots like there was no tomorrow. Then light that shit up on a forum and we would be off. We would all carry on the story through our characters eyes. I guess I just also miss writing original stuff. We'd come up with so many fab ideas and we have this really cool story by the time we were done. I look at this and go who the fuck role plays on a forum anymore... and I realize I'm fucking old. Damn son.... Regardless, I'm debating about getting back into comics.... legit I did one chapter, only one, and it took me so long.... and it was thrown together. I mostly did it just so I can say I did a chapter...and it was also mostly used as practice... because comics really push your boundries. They will force you to draw things you just don't wanna.
Post a Comment
Read more 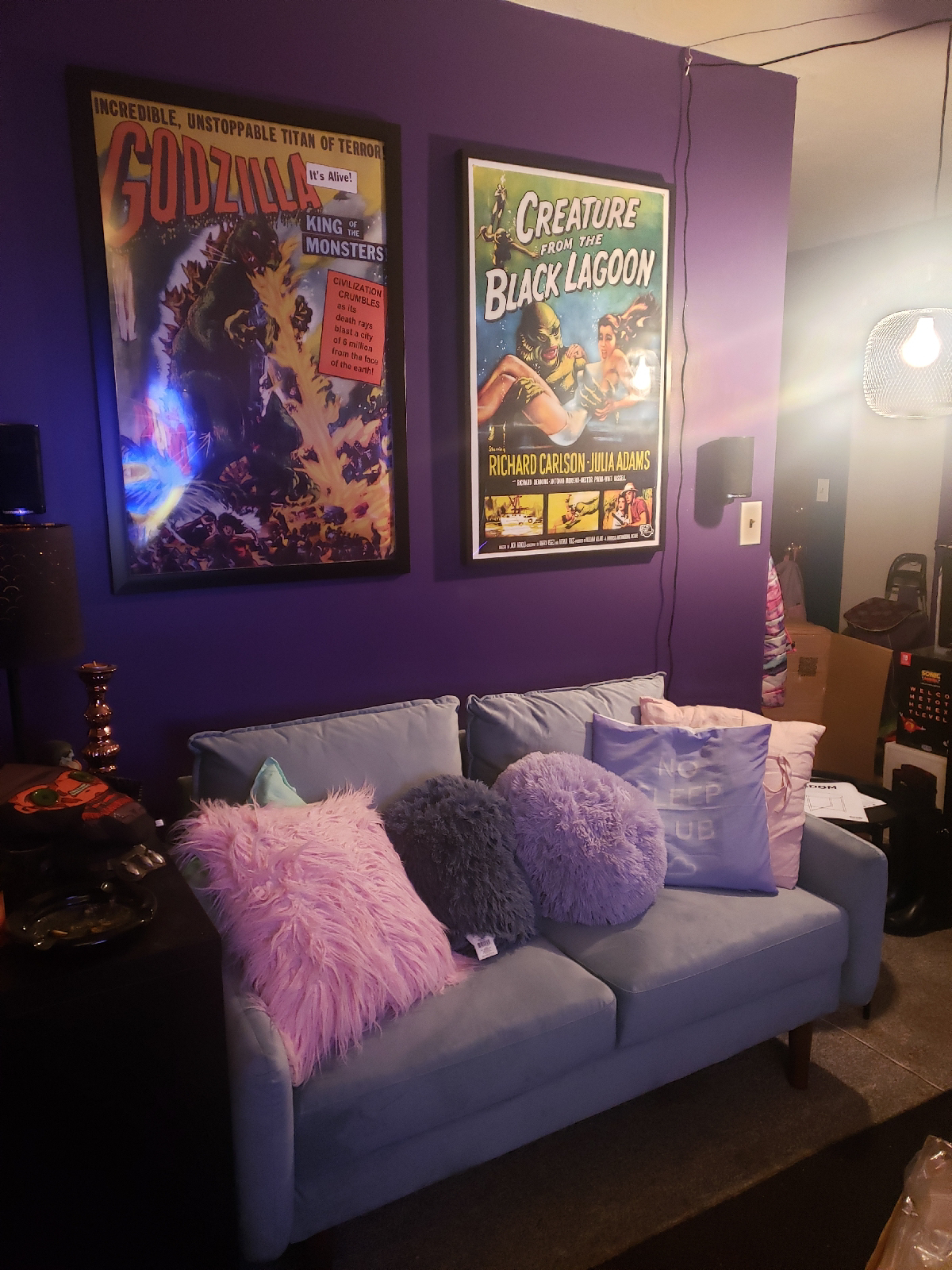 So at last, my couch,  or rather loveseat came in. Put out together last night. So glad to be rid of the last thing, it was horrid. So uncomfortable. The new one has a vintage 60s feel to it.  It's comfortable enough to game on and in the end that is all that matters.
Post a Comment
Read more
More posts

Fangy
Crazy starving artist looking for scraps, remnants of the arcane, and in need of a satchel filled with high grade potions….

Links to other things...